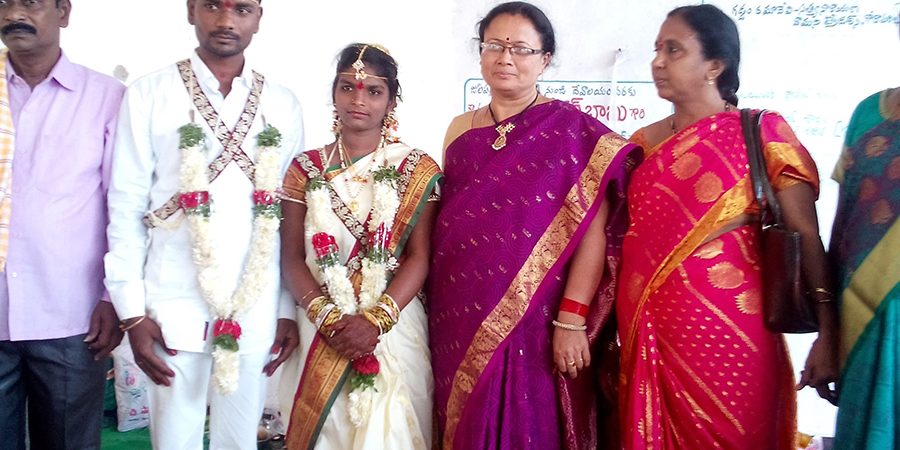 In July 2016, team eNGO was conducting a workshop in Hyderabad where about 36 non-profit organisations had gathered to learn how they could use various digital and social media tools for better outreach and improve fundraising possibilities. At this workshop, there were all kinds of civil society organisations — very small, village-level non-profits, women-centric, education-oriented. Sitting in the corner of the room was Majety Sujatha in a colourful sari, absolutely quiet, in a thoughtful mode. She had come all the way from Medak, travelling more than 110 km in a state transport bus. In Medak, she runs a highly devoted organisation called SPERDS (Sri Padmavathi Educational Rural Development Society) Foundation. Sujatha’s organisation consists of a small team of about eight members. Since it was established in 2001, it has focused on empowering orphan girls. Today, the foundation also works with destitute women, depressed widows and suffering wives.

The foundation runs a shelter home and counselling centre for such girls and women. It also provides them education, takes care of their fees and provides them vocational training (such as knitting and stitching), so that, once they leave SPERDS after the age between 18 and 25 (in the case of orphans and destitute, respectively), they can sustain themselves. It was at this workshop that Sujatha walked up to our trainer and said, “I want to raise funds online to get my girls married into decent families, without being victimised because of the stigma of being orphan. They should have a wedding that makes them happy.”

By the end of the workshop, Sujatha had made her debut on social media platforms. The next week, she was sitting in DEF office in New Delhi and did not leave until her crowdfunding campaign page on Ketto, was created to raise Rs 30,000 for the marriage expenses of two girls. One of the girls was Durga, who has been at SPERDS for a long time. For Sujatha, the entire digital world has now become a family that can be tapped for raising funds. In the past, Sujatha could depend only on a closed community she approached personally for donations. The digital world, she now knows, is a world without any boundary, geographical or otherwise. She believes crowdsourcing could become her platform in the future to raise funds to meet all the needs of SPERDS.